St Mary's School, Cohuna was opened by the Sisters of the Good Samaritan in 1926, with an approximate enrolment of 60. In those days, Primary Education extended to 8th grade - the Merit certificate. Within a few years, a need arose to extend the school further to Intermediate. The school continued this `extended' education until 1964, when it reverted to its present primary system - Prep to Year 6. 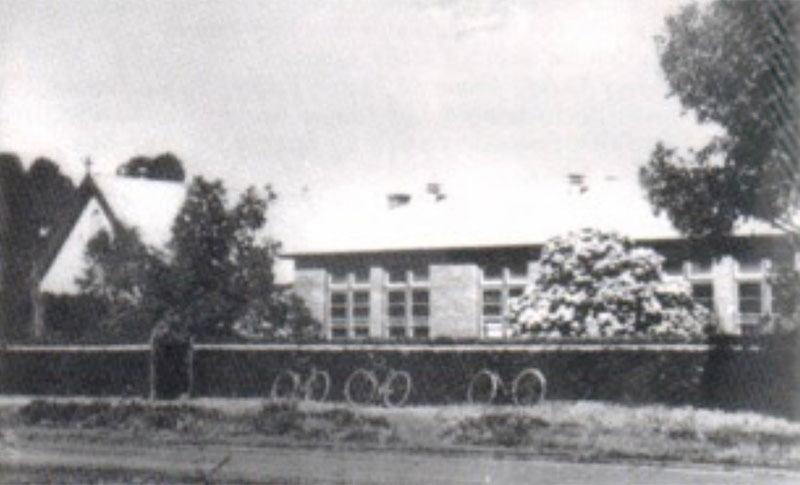 In 1948, there was consolidation of three little state schools, which saw the Catholic school numbers jump as the children were allowed to come on the bus.

In 1968, many new young priests came to Cohuna and proved to be great coaches and they had many excursions with the St. Mary’s children. Because of the growth in the community, it became inevitable to introduce Lay Teachers into the school in the same year.

The golden Jubilee was celebrated in September in 1976 with 114 enrolled pupils and various Srs. P.E and Art classes were introduced in the late 1970’s for the students to enjoy, sometimes with volunteers! During this time, camps and canteen were introduced as well.

In the 1980s, there were various building works with not only classrooms but administration blocks.

In 1991, the first lay principal was appointed. A farewell Mass was celebrated to farewell the Good Samaritan Sisters in 1992. In 1999, the Government announced funding of $550,000 to be allocated to buildings. So the new school was built and finished in 2000.

Since 2000, St. Mary’s has seen many building changes with removal of the Art Room and shelter sheds. A new Art room was purchased. The Building Revolution Grant was announced in 2007 and the large roof that sits above the basketball court was built as well an outdoor stage.

Today, the Canonical Administrator, St. Mary’s school Board, staff and students strive to continue the best education for the children here with 1:1 devices, modern learning spaces and enthusiastic educators.

Our Principal, Mr Jarrod Mullavey, along with our Canonical Administrator (Parish Priest), Father Dean Bongat are our current school leaders and together they actively support and lead our school community.

The Director of Schools is Mr Paul Desmond. The Diocese, through the Sandhurst Catholic Education Office supports St. Mary's in all areas of its renewal and development.

Click here to Pay the school online with cdf pay